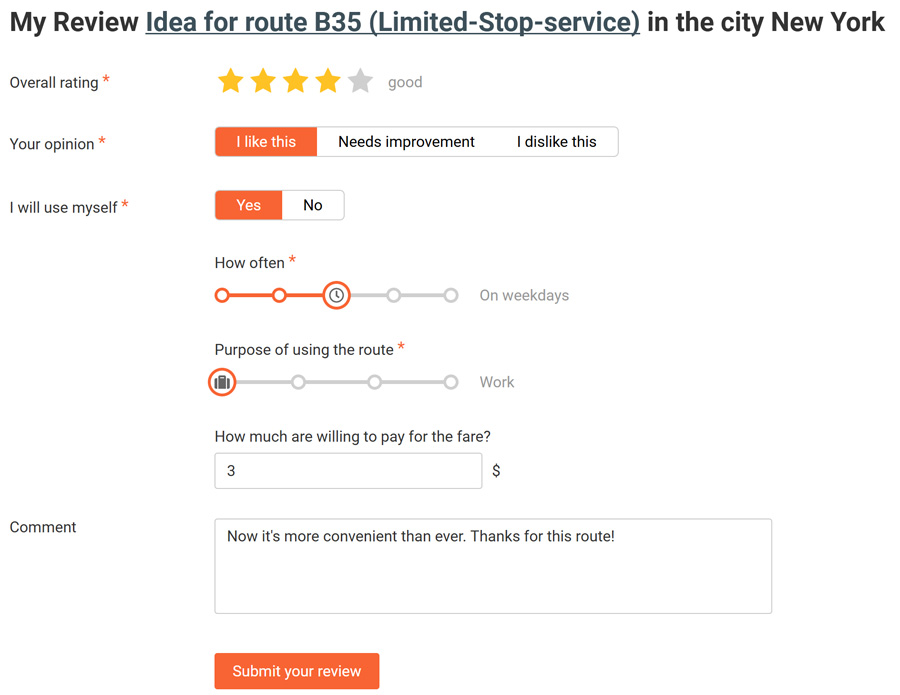 Instead of the older system of voting “for” and “against” the idea, we introduced a more detailed system of reviews, where you can evaluate the idea on a 5-point scale and tell the author how often would you be using this route and for what purposes. Thus, the more people review the idea, the better the author will understand how this idea can be finalized, as well as learn about the potential demand for the proposed route. In addition, many transit agencies and city administrations will be interested to read such detailed reviews and might be willing to implement your idea.
The old rating system has been removed, but all user comments in the most popular ideas remained unchanged. In the near future, we will send a newsletter to all users who were active in the Routes by People project with a list of the most popular ideas in which they voted.

Sharing settings for Ideas
Now when editing an idea, you can specify the accessibility settings of the page. Two modes available: public and private. All existing ideas by default received a public access status. When you edit or create a new idea after the latest site update you can change the accessibility settings. Private ideas will not be visible to anyone except the authors of these ideas. The status of an idea can be changed an unlimited number of times. You can see the current status of the idea on the bottom panel.